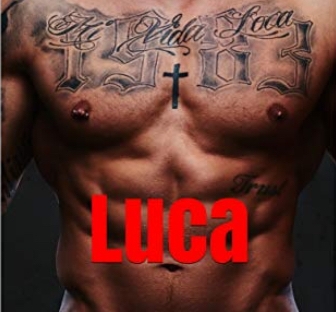 At 8 years old, Chloe Ellis told Luca Marquez that they were going to get married. And again at age 11 Chloe told a 14 year old Luca that he was hers. Through many difficult times, the two end up back together. Much has changed in the years since the Marquez brothers left Chloe, but one thing has remained the same. Chloe still loves Luca, even if is making her life very difficult. Chloe is a med student, doing what she has to do to make money to take care of tuition for med school. Luca is the head of an ‘organization’. When Chloe is thrust back into Luca’s world, courtesy of his brother Freddie, the two try and fight their feelings, with many roadblocks thrown in for good measure. They both have been through more things than any one person should have to go through. This book is definitely not for the faint of heart. But the underlying love story is one that you can’t help but love, and you also can’t help but root for Luca and Chloe to find a way to be together in the end.

Nikki Summers is a new author to me, and this book didn’t disappoint. There are definitely some sensitive topics in this book, and things that many people can’t imagine, but when you get down to it, these things probably do happen in real life. However, there are also many fire times between the two that you won’t want to miss! This was a book that was easy to read, and kept me captivated and needing to find out what was going to happen next.